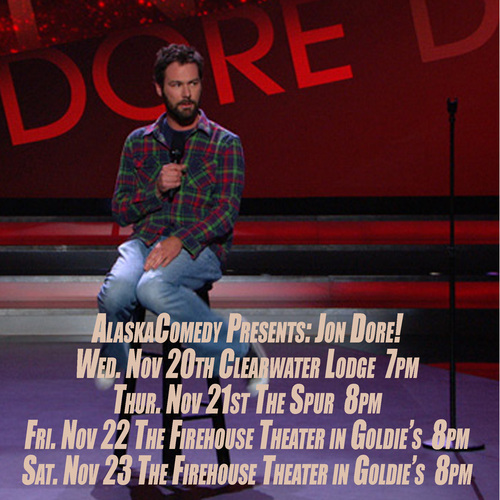 Alaska Comedy presents the hilarious, unpredictable, Jon Dore! Jon is a talented Canadian stand-up performer, writer and actor that has infused his comedic abilities into numerous hit television shows and films. In addition to recently wrapping his stand-up special for Comedy Central, he was the series lead in the CBS Pilot THE HALF OF IT, played a memorable guest star role on CBS’ Emmy Award-winning hit series HOW I MET YOUR MOTHER, and played a lead role on ABC’s HOW TO LIVE WITH YOUR PARENTS. Dore has had multiple acclaimed guest appearances on CONAN, @MIDNIGHT, INSIDE AMY SCHUMER and much more. More information at AlaskaComedy.com.