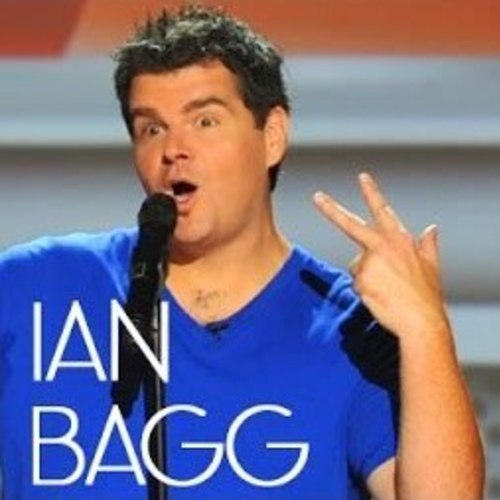 Ian Bagg has been seen on “Late Night with Conan O’Brien”, “The Late Late Show with Craig Ferguson” and “The Tonight Show with Jay Leno,” “Showcase Comics with Louie Anderson”, “Fridays” on NBC and “The Late Late Show with Craig Kilborn”. Bagg was featured in several films including, Tim Robbins’ “The Cradle will Rock”, “MVP 2”, and “MXP. He’s had 2 half-hour specials, “Comedy Central Presents” and HBO’s “A Comics Climb” and has been featured in 2 seasons of “Gabriel Iglesias Presents Stand-Up Revolution” on Comedy Central. His latest one-hour special, “Ian Bagg:  Getting to F**king Know You” aired on Showtime and can now be found on HULU for all you cable cutters. In 2015, Ian was a fan favorite and placed in the Top 5 on NBC’s “Last Comic Standing”.